Not many people would know where to start when it came to organising a dinner for 50, but Melbourne chef Pauline Leonard takes it all in her stride. Pauline shares her Top Gift Tips with us this week:

1. The best gift I ever received was...some fresh truffles, dug that day.

2. The top gift on my wish list is…a house in Tuscany!

3. The best gift I have ever given was...a dinner party I catered for a friend's surprise 50th for 50 of her friends.

4. The hardest person I have ever had to buy a gift for is...my darling husband. He has me, what more does he need?

5. The best last-minute gift is...a bottle of something special, be it wine, sauce or oil. 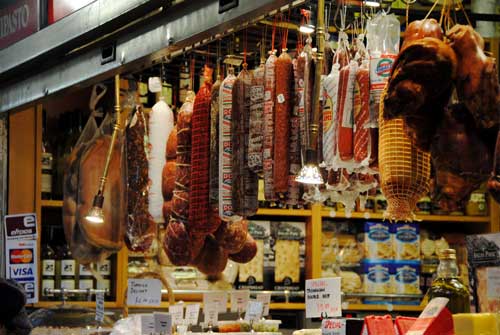 6. My hot gift buying tip is...buy gifts as you see things throughout the year, don't wait until a week before the person's birthday. Failing that - get them a gift voucher to one of my cooking classes - young old, men, women, kids - they all love cooking in my classes. 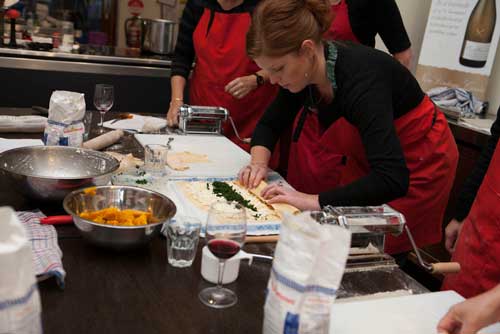 
Pauline Leonard is a Melbourne chef who runs cooking classes at Queen Victoria Markets, weekend gourmet food tours to the Yarra Valley and Mornington Peninsula, Saturday tasting tours in the picturesque town of Healesville in the Yarra Valley, and 10 day gourmet food and wine tours to Italy! For more information, check out www.tastecooktravel.com

BRAND OF THE WEEK: Moleskine


Moleskine products “represent, around the world, a symbol of contemporary nomadism”. Moleskine. 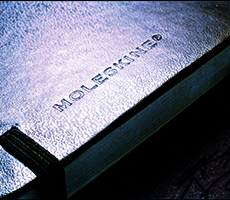 Great artists and thinkers such as Vincent van Gogh, Pablo Picasso, Ernest Hemingway, and Bruce Chatwin were the inspiration behind the classic black-covered Moleskine notebook. A small French bookbinder used to produce a simple rectangular black notebook with rounded corners, an internal expandable pocket and the signature elastic page-holder. For over a century, this artisan book maker supplied a number of stationery shops in Paris, where many of these artists shopped and purchased their notebooks. These notebooks became constant companions to this set of artistic avant-garde icons, capturing their innermost thoughts through notes, stories and sketches.


By the 1980s, these little black books had almost become obsolete, but their scarcity had been noticed. Bruce Chatwin shared the story of the little black notebook in his book, The Songlines. The shop where he usually purchased his notebooks from in Paris only had a few books left. After offering to purchase 100 notebooks (enough to last a lifetime) he soon learned that the bookbinder who made the books had died and the company had been sold by his heirs. It was Chatwin who named this notebook Moleskine after the French name, carnets moleskines which referred to the black oilcloth binding.

A decade later, in 1997, a small Milanese publisher revived this iconic notebook and named it Moleskine. The Moleskine brand has built a reputation on good, old fashioned quality and the range has been extended beyond the humble notebook to include diaries, planners, stationery, bags and other office accessories, as well as the popular Passion Journals.


Despite the dizzying pace our world moves at today and the constant evolution of technology, Moleskine has forged a firm place in the hearts of people who appreciate quality, and the simple pleasure found in the smell of paper.

BUY NOW and receive FREE DELIVERY on any Moleskine product purchased before 5pm Mon 10 December 2012. Simply enter coupon code MOLESKINE when you place your order.
Posted by Mr Gift at 22:07 No comments:

Email ThisBlogThis!Share to TwitterShare to FacebookShare to Pinterest
Labels: Brand of the Week

Who wants to be out Christmas shopping when you could be at the pub?